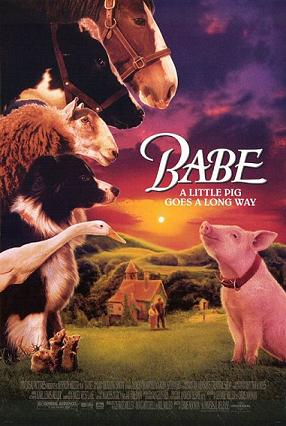 Wild Things! includes a small handful of transcriptions of very brief discussions of one sort or another about children’s books that we three authors had. (In some cases, we had even debated a topic or two.) Many, but not all, of those sidebar discussions were cut from the book, primarily because we wrote way too much at first and had to cut about a third of our original manuscript.

Today, we share one of those cut sidebar discussions, a bittersweet thing, because we can once again hear Peter’s “voice,” though he is no longer with us.

And what had we been discussing in this sidebar? This was in a chapter about film adaptations of children’s books (the entire chapter was eventually nixed, though we posted some stories the other day), and we had discussed some of our least favorite ones.

But how about we start with some of our favorites? Please do weigh in below in the comments, if you’re so inclined, with your own favorites (as well as the ones you’d rather wipe from your memory). 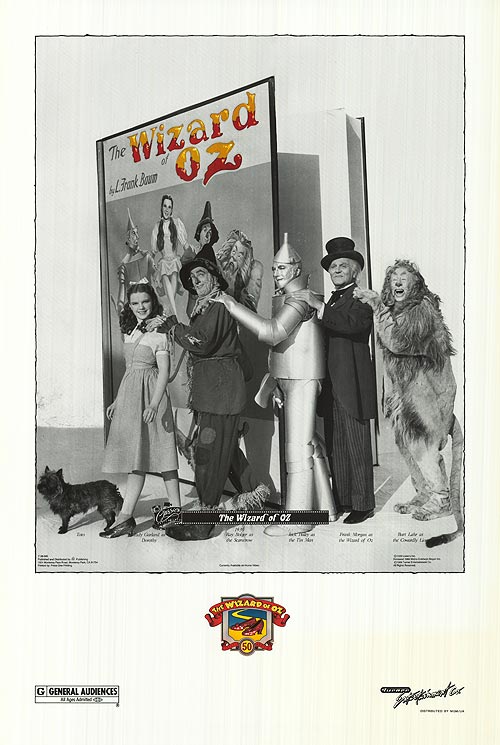 Can We Get a Take Two, Please? Our Votes for Least Favorite Film Adaptation:

Peter: I’ve got a triple feature: Island of the Blue Dolphins (1964), My Side of the Mountain (1969), and Hatchet, a.k.a. A Cry in the Wild (1990). Although these survival stories were super on the page, watching one character wander around the wilderness with no one to talk to for a couple hours is super-boring.

Betsy: I know that the world acknowledges The Cat in the Hat as the worst of the worst, but for eye-bleeding awfulness my money’s firmly on that live action Grinch monstrosity. Three words for you: Grinch love interest. Bleack!

Jules: In 1985, when I was 13 years old and knee-deep in my All Things Oz obsession, I saw Return to Oz, a film adaptation (starring Fairuza Balk) based on some of the Oz books, mainly The Marvelous Land of Oz and Ozma of Oz. At one point in the movie, all the citizens of Oz have been turned to stone.

Now, in Baum’s books the Nomes are rock fairies who live underground. In this film adaptation, they took the Nome King to an extreme (via claymation) and made him look like this: 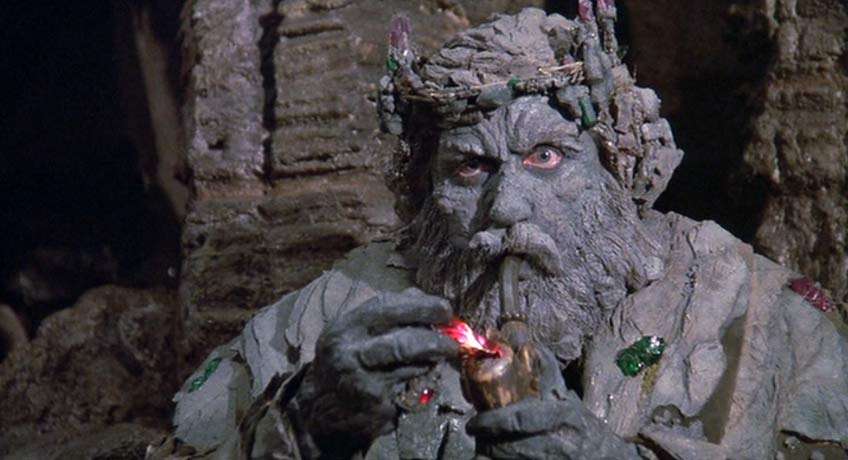 I’ve always had this dislike of giant, stone structures—so much so that they make me feel just downright creeped out—and it wasn’t until I re-watched this movie as a grown-up that I figured out why.

I’m not saying that I consider it a bad movie adaptation, but it did give me lots of sleepless nights as a child. (I’m averting my eyes even now from the above image.)

Betsy: Whereas I have this odd and perverted love of that film. Maybe because I saw it for the first time as an older teen. That’s sort of the perfect age to watch the film. Can’t imagine what it would do to your brain to see the film younger. (Mombi and the Wheelers alone would twist your gray matter into donuts.)

Jules: I do like it — it just made me loathe big, stone things for the rest of my life. Visiting Rome was challenging, and the first time I looked up at the statue of Athena here at the Parthenon in Nashville, which we affectionately call “The Redneck Parthenon,” I cried — and it took me about 30 minutes to actually uncover my face and peek at her. YIGGEDY!

18 Responses to "Film Adaptations: The Good, The Bad, and the Traumatizing"