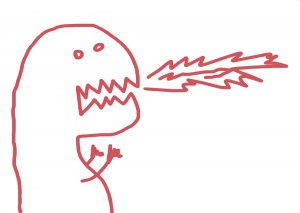 Betsy and Jules will be talking about the book in the following locations, both cyber- and in-person, though we promise not to breathe fire on anyone:

Jules —  Meet and Greet & book signing at Union Avenue Books; Knoxville, TN; 5:00 p.m.; November 11, 2014. This will be followed by a talk about the book at The University of Tennessee’s Center for Children’s & Young Adult Literature at 7 p.m. in the Patrick Auditorium (Room 321 in the Communications Building, 1345 Circle Park).

This list will be updated as presentations are planned.