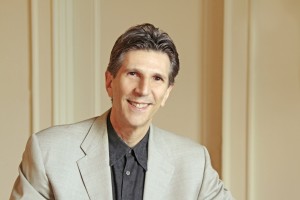 Yesterday, we wrote about indecent exposures of one sort or another. Today, we hand the site over briefly to author and poet Richard Michelson, pictured left, to tell his own tale. This is a story he originally submitted for possible inclusion in our book. It’s not in Wild Things! after all, but we are happy to share it here. We think it’s a pretty entertaining story on many levels, and fans of illustrator Leonard Baskin (1922-2000) may get a particular kick out of it. Baskin received a 1973 Caldecott Honor for Hosie’s Alphabet, written by Hosea, Tobias, and Lisa Baskin.

Let me tell you a scary story. No, not about ghosts. This is a really scary story: It’s about half-naked mythological women and publishing my first children’s book, Did You Say Ghosts?

It seemed easy enough at first. The year was 1993. My son was having nightmares and couldn’t sleep. He was afraid of ghosts. Instead of reading Dr. Spock, I channeled my own Dad who was prone to creative solutions. “Don’t worry,” I assured my son, “there’s no such thing as ghosts / I guarantee it… well almost.” Besides, I reasoned, “the werewolves under your bed will scare the ghosts away.” 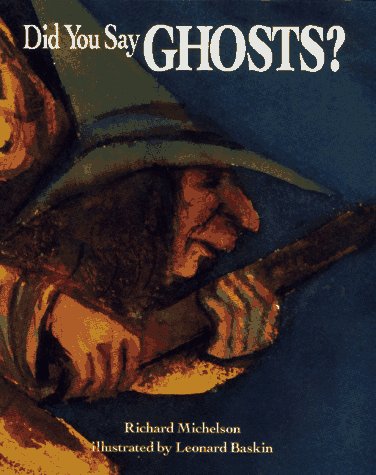 I was, of course, soon calming his fear of werewolves with witches, witches with demons, and so on, continuing to raise the fright quotient in what soon became our nightly game. “Write it down,” suggested Jeff Dwyer over drinks one night. Jeff was a friend and children’s book agent. “We’ll get Leonard to illustrate it.” Leonard, meaning Baskin, one of the preeminent artists of our time.

Jeff is what my mother would have called “a mover and a shaker,” and within days he’d interested Macmillan Children’s Books in my nighttime ritual. “It was,” Jeff told me “just a matter of money.” I was coming from the world of poetry, small presses and subsidized sales. Suddenly I had a major publisher and a Caldecott-honored collaborator. I was starting at the top, and I dreamt of book clubs and window displays in the malls. “Don’t worry,” I told Jeff, “whatever it costs, I’ll pay.”

Soon I had a contract (yes, they paid me!), and I sat down to put words to paper. But now that I had a guaranteed readership, I felt a responsibility. The teacher in me came to the fore. I added mythological figures, mixing in Cyclops and Sirens and Satyrs among the more traditional vampires, expanding my verses to include the relevant educational background information.  Then I passed on the text to Leonard and waited.

My first inkling that all would not go smoothly came in the form of Baskin’s watercolor Harpy. She had breasts. 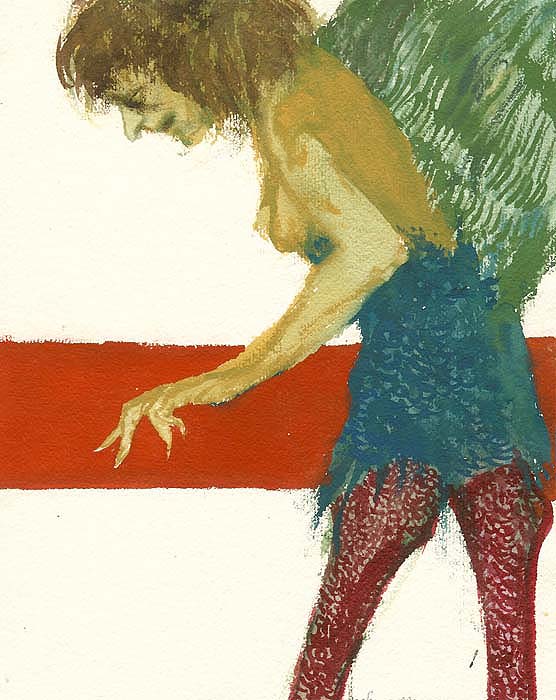 “This will hurt our sales with librarians,” the editor wrote. “Can you do this one over again?”

“Sure thing,” Leonard said. He did a second drawing. 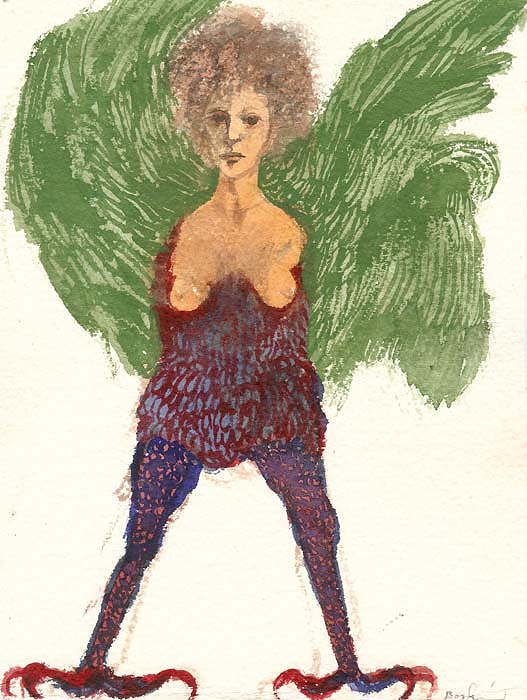 “Screw them,” he advised me. “If you let the beaurocrats have their way, they’ll wring the brilliance out of everything. Mediocrity is their goal.”

“I like librarians,” I protested, “and I like sales.” Leonard shook his head, pitying my naïveté, and sent in the second drawing just as it was.

“Can you remove the verse with the harpy?” my second editor wrote (the first having moved, suddenly, to a rival publisher). He mentioned those pesky librarians again.

“But,” I protested, “the Harpies scare off the Sirens. It’s a crucial link.”

“Then get rid of the Sirens, too. Think simple. Stick to what kids know: the Goblins and Ghouls.”

One by one, my edifying asides were edited out until, I must admit, what remained began to read almost exactly like the original game I had played with my son. My third editor (the second quit unexpectedly) let me know she already had enough work on her desk. The book had been assigned to her against her wishes. She hated the drawings, had never heard of Baskin, and didn’t return my calls. Editor number four was pregnant and let me in on her secret: she’d be giving notice in two weeks. The fifth editor thought I ought to add more unusual monsters. “Mix up the stew,” he said, “and add some educational value. (Librarians love that.)” Number six hand-delivered my advance copies and applied for a job in the art gallery I own. Each editor seemed to scare off the previous one, raising the fright content along the way.

But all was soon forgiven. Advance reviews were strong. “Delightfully creepy” (Booklist). “Good-humored” (Publishers Weekly). “For children who enjoy suspense” (Horn Book). A positive notice even appeared in The New York Times Book Review. Editor number seven informed me that bookstores had pre-ordered over 10,000 copies by August. Not record-breaking for the children’s market, but for a poet, whose first book had taken eight years to sell out 300 copies, the numbers were astounding. I was riding high.

And then Macmillan Children’s Books filed for bankruptcy (something all those editors and everyone else but me had known was coming).  Simon & Schuster bought them out. The warehouses would be consolidated. No Macmillan books would be shipped for four weeks. Those stores that hadn’t already canceled their orders received their cartons the week after Halloween.

The New Yorker listed Did You Say Ghosts? among its favorite children’s books of the year. It was noted, refreshingly, as a book that “did not try to preach, teach, or grind an ax. It was just fun.” Friends called with congratulations, but they couldn’t find the book anywhere.

Months later, I contacted the publicist at Simon & Schuster. “How about featuring Ghosts next Halloween?” She checked her computer.

“Sorry,” I was told, “there were too many cancellations and returns after last year’s holiday. The book barely sold any copies at all.”

If my son grows up and decides to become a children’s book writer, instead of studying law or medicine, I think I’ll tell him this story just before he goes to sleep. That ought to give him nightmares.

Postscript: Did You Say Ghosts? quickly went out of print. In 2006, Harcourt published a rewritten version of the book as Oh No, Not Ghosts! with new illustrations by Adam McCauley. It stayed in print until 2011. The manuscript is awaiting its third incarnation. 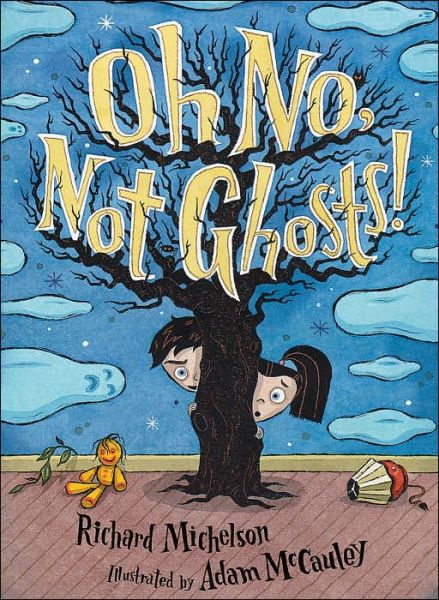 Want to know the story behind this Michelson image? 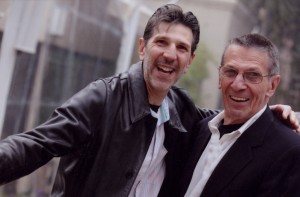 That story actually made it into our book. Wild Things! will be on shelves on August 5.

… Which means we must give you the Vulcan salute as we sign off.

4 Responses to "Did You Say Ghosts? The Nightmare Behind the Story"