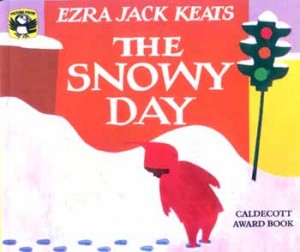 As we find ourselves deep in the dog days of summer, it may help to stop and take a moment to fully appreciate a book that really understands winter to its core.  We refer, of course, to Ezra Jack Keats’ good old The Snowy Day.  A book that is beloved nationwide, but whose beginnings aren’t quite as well known.

Prior to the book’s creation, author/illustrator Ezra Jack Keats kept a reference collection of photographs from newspapers and magazines. In 1961, after having decided to create a children’s book about a day in the snow, Keats consulted his collection of pictures and found a photograph of a young African-American boy, taken by Dr. Bert Malone from a 1940 issue of Life. The piece centered around a child about to take a blood test.

After consulting the image, Keats decided to make this boy, named Peter, the hero of the 1962 title, The Snowy Day, which went on to win the 1963 Caldecott Medal and become one of the most beloved children’s books of all time.

As anyone who knew Keats could tell you, not only was he a sweet fellow, but remarkably modest to boot.  Case in point, his Caldecott call.

When Ezra Jack Keats received That Phone Call All Illustrators Dream Of, the one in which a committee of librarians tells you that you’ve won the prestigious Caldecott Medal, he responded with a humble expression of gratitude: “That’s very nice of you. I’m glad you like the book. I’m happy for Peter.” Hanging up the phone, he simply got back to work. When his publisher called minutes later to tell him he’d received one of children’s literature’s most distinguished honors, Keats was surprised, wondering what the fuss was all about.  After all, the book had been made with relative ease and he’d felt great joy while making it. 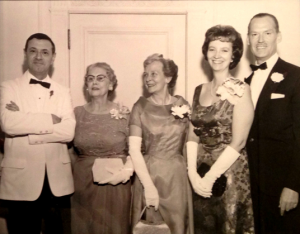 Now round out your day by listening to LeVar Burton read the book and remember why it is you fell in love with it in the first place.

3 Responses to "Warm Thoughts for a Snowy Book"