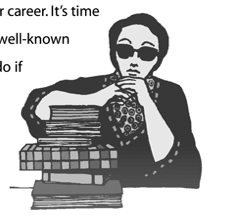 I’m sure you saw it in the news the other day.  If you didn’t, allow us to remove those scales from your eyes.  As he told Rolling Stone the other day, David Duchovny is writing a children’s book. The story? “The plot revolves around a cow named Elsie Bovary who teams up with a Jewish pig named Shalom and Tom—a turkey with an iPhone—to travel the world and bring peace to the Middle East.”

Let us, for just one moment, put aside our feelings about children’s books by celebrities and consider the book on its own merits.  If anyone wrote a book with that plot summary, how would we feel about it?  We rather enjoyed Angie Manfredi’s comment on Twitter: “this is literally like a combination of random, nonsense words strung together in gibberish. IPHONE TURKEY GOD BOX TORAH CHANGE.”

In Wild Things: Acts of Mischief in Children’s Literature, we devote an entire chapter to the phenomenon of the celebrity children’s book. You can then imagine our regret that Duchovny didn’t announce his book a couple years earlier. What a fabulous inclusion it would have made!  In lieu of that, we recommend you read the comments on the AV Club’s piece on the book. They’ll make your day. 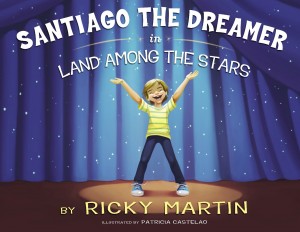 Our co-writer Peter Sieruta was particularly annoyed by celebrity books. But rather than just rail against them, he found a more useful outlet for his rage. Recently, the good folks at  the Horn Book were kind enough to make available online Peter’s old piece, “The Star’s Guide to Writing for Children” (originally published in print in 2004) — just so that we could point you to it again.

Since we finished the book, there have been a slew of additional celebrity picture books.  Who can forget (read: who can remember) Ricky Martin’s Santiago the Dreamer in Land Among the Stars? (No, that title doesn’t contain a title — it’s actually written that way.) Or how about the recent CBC Children’s Book Choice Awards winner Rush Revere and the Brave Pilgrims? It seems that celebrities won’t be slowing down on their children’s book publishing anytime soon.  We can only pray that we’ll be seeing books just as downright peculiar as David Duchovny’s.

Because if we have to live in a world where every mildly famous person thinks they can put pen to paper and write something for the world’s children, we’d rather laugh than cry.

5 Responses to "Celebrity Picture Books: The Gift That Keeps On Giving"