The temptation, even the danger, of writing a book of this sort is that it makes one inclined to see only the dark side of human nature.  Which brings us to Beatrix Potter. Now there’s a woman who could certainly have some skeletons in her closet. However, sometimes people aren’t always the clear-cut meanies that they appear to be. Case in point. 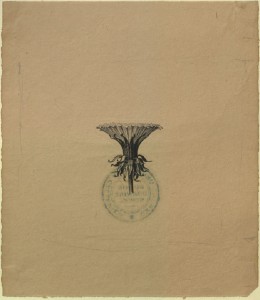 British author Diana Wynne Jones was one of the luminaries of children’s fantasy. Perhaps best known as the author of Howl’s Moving Castle (1986) (which was adapted into a film of the same name by the great Japanese animation director Hayao Miyazaki), as a young girl Diana and her family had the questionable distinction of repeatedly getting on the nerves of great children’s authors. During World War II, she and other family members were evacuated to the Lake District. The same “Lake District,” in fact, that served as the setting for some of Mr. Arthur Ransome’s finest books. Crazier still, she and her family took up residence in the house once inhabited by the kids that had inspired Ransome’s Swallows and Amazons series. Those children had been the descendants of the secretary of the artist and critic John Ruskin’s secretary.  One rainy day Diana found some high quality paper in the loft. To her disgust someone had drawn flowers all over them and signed them “JR.” “I carried a wad of them down to our room and knelt at the window seat industriously erasing the drawings with an ink rubber. Halfway through I was caught and punished. The loft was padlocked. Oddly enough, it was only many years later that I realised that I must have innocently rubbed out a good fifty of Ruskin’s famous flower drawings.”

Ransome himself lived in the area, long after his Bolshevik days (he married Trotsky’s secretary and acted as a double agent, but that’s another story for another day). The one and only time Jones had a brush with the man, he invaded her home to yell at the adults there for allowing the children to be so noisy. “I watched with great interest as a tubby man with a beard stamped past, obviously in a great fury, and almost immediately stormed away again on finding there was nobody exactly in charge to complain to. I was very impressed to find he was real. Up to then I had thought books were made by machines in the back room of Woolworth’s.” The step from double agent to cranky old man is small, indeed.

The other encounter with a local celebrity didn’t involve Jones herself but her siblings. In an interview conducted with the BBC in 2003, Jones recalled an incident in which her young sister and a friend were swinging on a garden gate. Not just any garden gate, mind. It was none other than Beatrix Potter’s. And Beatrix, not one to suffer the annoyances of kids, “smacked” them.

Beatrix Potter: child-smacker? Inconclusive. Lolly Robinson, for one, might disagree. Teaching at the Harvard Graduate School of Education, and a designer and production manager of The Horn Book, Inc., Lolly is more than familiar with slights made against Ms. Potter.

The idea of BP as a meanie with children began with Margaret Lane’s 1946 biography, much of which we now know was made up or embellished. . . . She was certainly not above shooing kids off her land if they were up to no good, but she also went out of her way to invite the Girl Guides to use her land for camping and was on very good terms with a number of neighborhood children. And of course when she was younger her numerous letters to children, especially the Moores and Warnes, are both respectful and loving. Letters to children written when she was older are still surfacing and of course tend to support the idea that she liked and appreciated children. 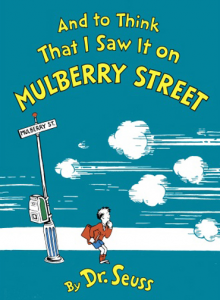 Certainly she appreciated the fellow creators of children’s literature. The human brain may not be capable of comprehending the fact that Beatrix Potter and Dr. Seuss (or Theodore Geisel, as he was originally known) breathed air upon this fair globe at the same time as one another. Yet, as it happens, there was a point in time during which they both briefly overlapped. The year was 1937 and Mr. Geisel had released his classic title And to Think That I Saw It on Mulberry Street to rave reviews. Everyone from The New Yorker to The New York Times to the Atlantic Monthly praised the book mightily. And over in England seventy-two year old Beatrix Potter got a copy of her own. Said she in a letter to the great children’s librarian Anne Carroll Moore, “I think it the cleverest book I have met with for many years. The swing and merriment of the pictures and the natural truthful simplicity of the untruthfulness . . . Too many story books for children are condescending, self-conscious inventions – and then some trivial oversight, some small incorrect details gives the whole show away.”

So, she wasn’t so bad? Before you decide, take into account yet another instance of an author saying that he was yelled at by Beatrix Potter. Long before he was a children’s author, Roald Dahl was just a little boy who loved Beatrix Potter. The feeling may not have been mutual. 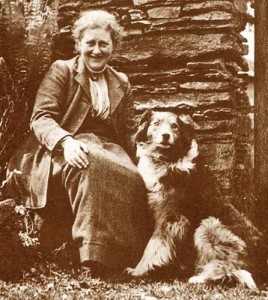 As an old man, Roald Dahl told friends that when he was six he visited the home of Ms. Potter with his mother. Upon arriving, he saw an old woman in her garden. When asked what he wanted he said, “I’ve come to meet Beatrix Potter.” Her response? “Well, you’ve seen her. Now buzz off!” This story came to light when a friend of Mr. Dahl, Brough Girling, spoke about it publicly. It was corroborated by Dahl’s second wife who said, “it’s actually true . . . And it’s true Beatrix Potter was quite grumpy and not fond of children. He would have been six and she would have been about 80.”  Even John Green mentioned it in his 47 Charming Facts About Children’s Literature.

Great story, but there is one flaw. As much fun as it is to think of Beatrix Potter bestowing the mantle of children’s literature upon future writers by growling at them and slapping up their siblings, Lolly Robinson informs us that at least in the case of Mr. Dahl the dates do not add up.

When Dahl was 6, BP would have been about 56 . . . Around that time (early twenties?), Beatrix moved her mother up to the Lakes and a lot of people in the neighborhood thought Mrs. Potter was BP. Her mother was around 80 at that time and extremely cantankerous. Apparently Mrs. P liked to ride around all dressed up in a fancy carriage. Beatrix by then wore homespun wool from her own sheep (Herdwick — very tough and scratchy!), clogs, etc., and walked everywhere. It was a huge departure from how she was brought up.

Ms. Robinson acknowledges that Dahl could have met the great woman, it’s true. “Beatrix could be touchy about people looking for ‘Beatrix Potter’ after she had become Mrs. Heelis. She definitely had a chip on her shoulder about the little books and could be quite fierce — oddly so — to curiosity seekers.”

Still and all, it is just as likely that the woman slapping up the siblings of Diana Wynne Jones also was the crotchety mother of Beatrix. The simple fact of the matter is that we will never know. However, it’s more than a little delightful to think of Ms. Potter “touching” those writers that would form the new generation of children’s heroes. Whether it’s berating those related to Diana Wynne Jones, loving Dr. Seuss, or allegedly taking a little Dahl down a peg, Ms. Potter had influence. No question.

3 Responses to "“Buzz off!” and other advice from one writer to another"