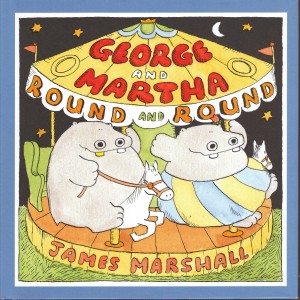 favorite things about the research involved for this book was learning even more about some of our favorite authors and illustrators. At the top of our list of favorites is author-illustrator James Marshall, best known for his George and Martha stories, as well as his illustrations for Harry Allard’s picture books about The Stupids. (As author Jack Gantos likes to say, could there be a better picture book title than The Stupids Die, published back in 1981?) Not to mention The Swamp.

Marshall received the Caldecott Honor in 1989 for Goldilocks and the Three Bears and in 2007 was posthumously awarded the Laura Ingalls Wilder Medal.

He died in 1992 from complications due to AIDS, though his mother evidently insisted till the end that it was a “brain tumor.” We pay tribute to the man and his work in one of the book’s chapters, “GLBT and Literature for Youth: How Far We’ve Come.” The book also includes a chapter about stories of sex and death in children’s literature, and one story about Marshall that we ran across was eventually cut from the book (due to the massive length of our original manuscript). 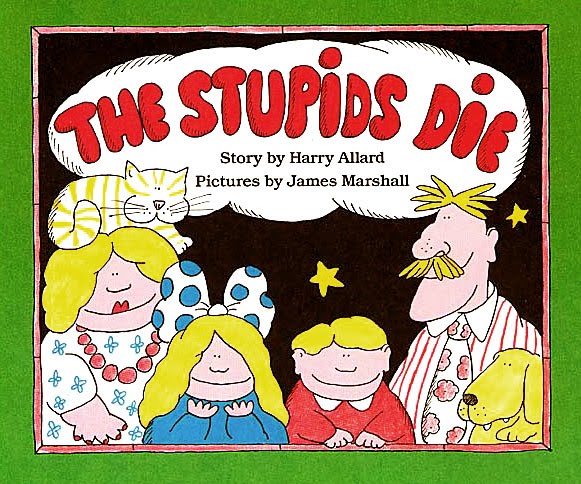 No, it’s not a scandalous story of sex or a story of Marshall’s death. It’s a touching story about Marshall’s gravesite. Should you find yourself in Marathon, Texas, you will find that this gravesite is like no other in its local cemetery. Found beneath a windmill, writer Dan Dailey described the grave this way back in 2010:

The monument stood out among the granite stones, a green slate slab that had obviously come from Yankee New England. I found out later that Marshall’s mother Cecille had arranged for its every detail. In an oval frame at the top of the stone is Marshall’s clapboard house in Mansfield Center, Connecticut. On either side are his famous characters including hippo friends George and Martha, Goldilocks dancing on a stump, Old Mother Hubbard, Fox and his friends, and Viola Swamp.

The best thing we can do is simply to direct you here to Dailey’s post about discovering this gravesite and talking to Marshall’s mother. It’s a fascinating read. (In fact, as Dailey notes over there, his late wife, Holly, founded the children’s literature journal The Five Owls, so he’s hardly a stranger to children’s lit.) Dailey describes the love and devotion Marshall felt for his family’s hometown there in Marathon, as well as the significance of the windmill under which he is buried. 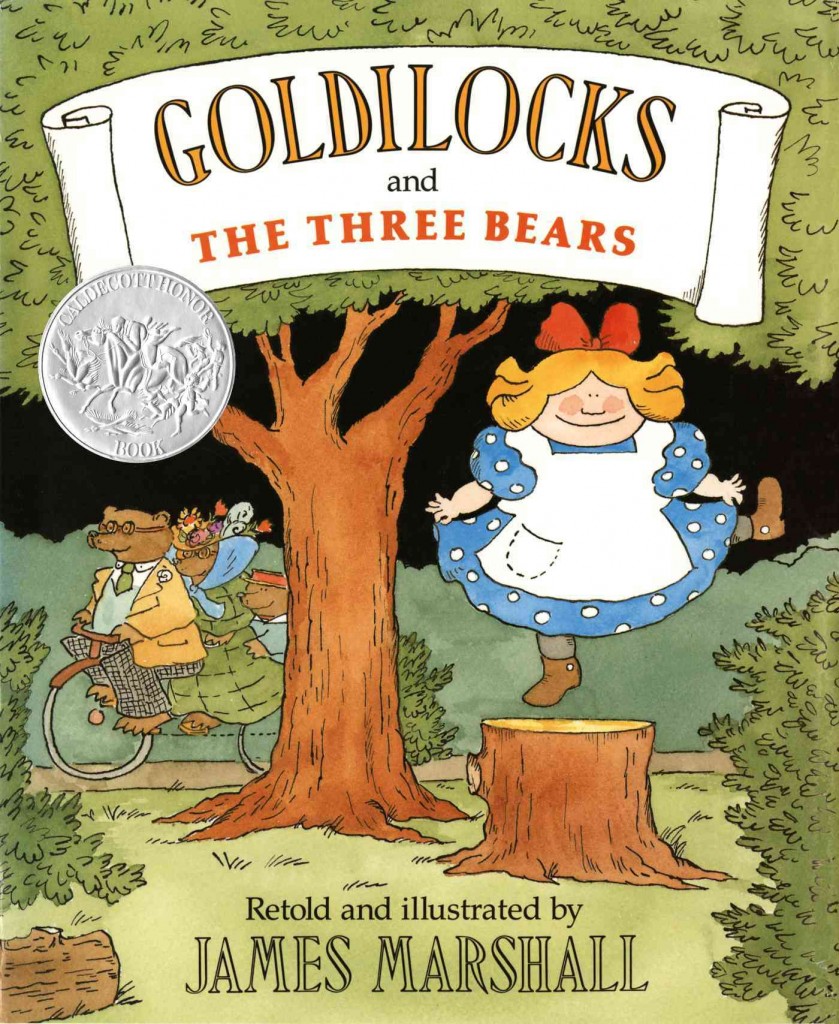 His post also serves as a spot-on tribute to not only Marshall’s many talents as an illustrator, but also to his personality as a whole. Many others, including Maurice Sendak, have written about Marshall’s perfectionism in his work; his great sense of mischief (Sendak called him a “wicked angel”); his devotion to creating stories that, first and foremost, children (not their gatekeepers) will love; his flirtations with the darker side of story (“Part of the allure of his work,” Dailey writes, “is the subtle shadow of the macabre that is there sometimes, just beneath the silliness”); and his struggles with self-doubt. In fact, Dailey tells the story of Marshall asking his mother around the time of his death, “Mama, do you think my work will live on beyond me?” 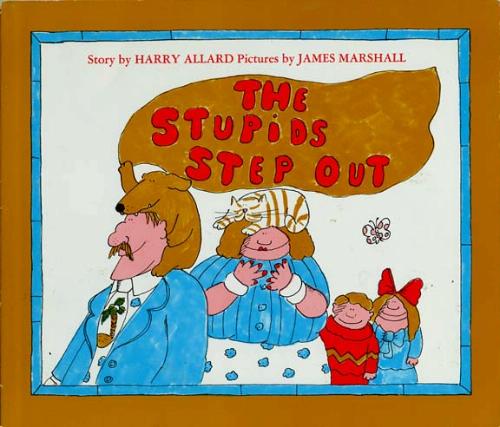 Plus, Marshall’s fans have gotta appreciate anyone whose tribute includes this:

We used to laugh so hard at The Stupids Step Out that milk would trickle from our noses at the dinner table.

To this (and Dan and his family) we give a hearty thumbs-up.

If there is a desire amongst some to visit the gravesites of great children’s literary heroes, then Marshall’s grave could even be the mecca where all such trips end.

[Ed. to Add: Here is another tribute to Marshall, written by author and professor Jerry Griswold, whose research was an important part of our own writing for this book. Many thanks to Jerry for sharing it!]

[The featured image for this post on the site’s main page is re-posted here from this May 2014 post at Seven Impossible Things Before Breakfast. It comes from THE MISS NELSON COLLECTION. Collection copyright © 2014 by Houghton Mifflin Harcourt.]